So, still running with this idea of habitual posting. Again, we'll see if I actually write something like this again next week. 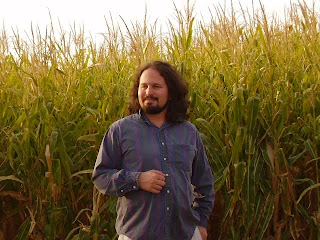 What I am most thankful for this week (and pretty much every week) is my beloved Shane. I must share just one example of how much my dear one takes care of me. I came home from work an hour early yesterday because I was feeling sick. The off-and-on headache and coughing had been popping up all week, but all of a sudden yesterday afternoon I felt very shaky and cold - which for me means fever. When I get a fever my core and head get hot and the rest of my body (basically my extremities) get very cold. Add that to normal fever chills and you get a trembly Amanda.

ANYWAY . . . I noticed when I went to get cash to pay the wonderful woman who watched our boys yesterday that we had less in our checking account than I expected, so instead of jumping straight in the bath when I got home, as I wanted to do, I came up to the computer nook and took a look at our online banking (sorry about the rhyming thing - I get it from my older son). Shane came up and offered me several possibilities for dinner, I chose chicken soup. He brought it up with buttered toast without asking because he just knew that I would want buttered toast with my soup (he was right).  Then he brought me more buttered toast. And also offered me the last of the orange juice.

After I was done with the banking stuff, I put myself in that bath. I was still shaking and trembling but baths are very good at normalizing my temperature and the water did its work. While I was in the bath, I heard the unmistakable sound of the heater turning on. Now, mind you, Shane is a frugal man. Last year our heating system did not turn on until late November and the thermostat rarely went above 67 degrees. But he was worried about me so he turned it on anyway without saying anything to me about it.

AND when I finally went to bed, I saw that he had also turned on my heating pad and tucked it under the covers, so the bed would not be cold when I got in. He had already fallen asleep, but he left the light on, in case I wanted to keep reading when I finally came to bed.

The thing that amazes me is that Shane thinks nothing of this kind of stuff. When we first started dating and he kept doing all these kinds of nice things for me, I asked him if he treated all his sweethearts this way. He said yes, but that I was the only one who always said thank you and never expected him to do anything for her or got angry when he did not have the energy to do the caretaker thing. I thought it was weird that his other loves had not thanked him. Actually, I still think it's weird, but after over 10 years of being taken care of like this, I admit to starting to get used to it.

I hope to never take The Amazing Shane for granted or stop appreciating all the ways that he makes my life better. And I also hope that he knows that it is not his caretaking of me that makes me love him so (though I obviously appreciate it). What I love about Shane is his bright & generous soul and his compassionate practicality. I have never met anyone who is more deep-down good, than my beloved. Here's to you, Dear!

Email ThisBlogThis!Share to TwitterShare to FacebookShare to Pinterest
Labels: Thursday Thank You

Amanda
E & M are my sons. Dr C is my dear spouse. I am an attorney, occasional instructor, and spiritual seeker. Please note that nothing I say or do reflects upon my employers. My employers have official spokespeople who are not me. Nuff said.